public announcement of an intended marriage, generally made in church.

a child born out of wedlock; in many European countries, England, and some American states; a bastard child became legitimate if the parents married.

term appearing in a will meaning to leave or give property as specified therein to another person or organization.

a family’s birth, marriage, death, christening, and burial dates (sometimes covering more than one generation) written on blank or specially designed pages in a Bible.

list of writings relating to a specific subject, some of which are annotated. A bibliographic citation describes and identifies the author, edition, date of issue, publisher, and typography of a book or other written material. Generally, bibliographies appear at the end of a publication to indicate the sources used by the author or to suggest titles for additional reading. Bibliographic citations appear in footnotes and end-notes to document the source of a statement made in the body of a writing.

a form of measles with a dark rather than red colored rash.black plaguea highly contagious and deadly form of bubonic plague diagnosed by the presence of blood spots under the skin that have turned black.

a method used widely by doctors to cure many diseases in earlier times; physicians believed that an excess of blood caused many diseases, but later research proved that bleeding weakened the patient in most cases.

a form of diarrhea.

written, binding agreement to perform as specified. Many types of bonds have existed for centuries and appear in marriage, land and court records of used by genealogists. Historically, laws required administrators and executors of estates, grooms alone or with others, and guardians of minors to post bonds. It is not unusual to discover that a bondsman was related to someone involved in the action before the court. If a bondsman failed to perform, the court may have demanded payment of a specified sum as a penalty.

a person who posts a bond which carrys a specified sum of money as a penalty if he or others fail to perform certain acts in a manner required by the court or other civic office.

created by Daniel Boone beginning in March 1775, it became the first road or path in Kentucky, extending from the Cumberland Gap to Boonesborough.

pertaining to measuring natural or man-made features on the land.

land promised as an inducement for enlistment or payment for military services. A central government did not exist when the Revolutionary War began, nor did a treasury. Land, the greatest asset the new nation possessed, was used to induce enlistment and as payment for military services. Those authorized to bounty land received a Bounty Land Warrant from the newly formed government after the war.

in England, the day after Christmas when givets or boxes were given traditionally to household employees and other service workers.

a religious group also known as German Baptists, Dunders, Tunkers, or Dunkards; name derived from the German meaning “to dip,” or baptism by immersion; members of the religion arrived in Pennsylvania in 1719 and introduced their beliefs, including bans on war, taking oaths, drinking alcohol, smoking tobacco, and participating in worldly amusements; members wear plain clothing.brick dustsubstance made from breaking and pounding bricks into dust to be used as a scrubbing powder.

formerly used as the common name for sulphur.

once practiced in New England and Wales, bundling involved sleeping in one’s clothes in the same bed with persons of the opposite sex.

a free person in a town.

a term used to denote delegates or members of state legislative conventions during the colonial period in America. 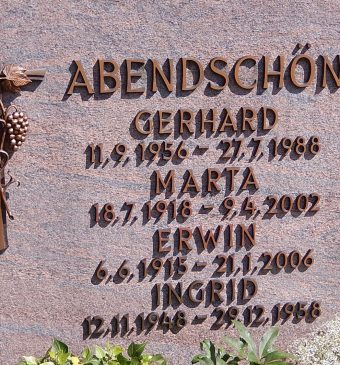 Can You Pass an 8th Grade Test Your Ancestors Took?